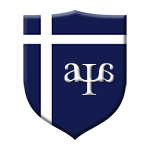 The Advanced Science Academy (formerly the Albertus Magnus Institute—hence the oft-used "AMI" acronym) is the signature science program at Morris Catholic High School located in Denville, New Jersey. It was founded in 2017 by former principal Rob Loia and the Science Department under the leadership of then-chair Randy Wright. The program's first director was Christianna Landsman, Ed.D. In 2019, the AMI was refocused under the leadership of Chris Ciarleglio, Ph.D., who serves as its second director and the Chair of Science for Morris Catholic.

The renewed program focuses on its built-in strengths to provide a well-rounded, broad educational experience in the finest liberal arts tradition.

The program's curriculum is built around the big-four natural sciences—Biology, Chemistry, Physics, and Environmental Science. Students progress through the main coursework in that order and are highly encouraged to take them at the Advanced Placement level. They finish their high school experience at the intersection of faith and science, using the latter two years to take electives in history, ethics, and communication from the Catholic perspective.

The Capstone is the culminating project of the program, challenging the graduating Senior to independently research and write a thorough literature review that s/he must orally defend in the style of the honors programs found at the finest liberal arts institutions. Review manuscripts are peer-reviewed by a panel of five faculty members (one from the Theology Department, one from the Humanities Department, Dr. Ciar and two others from the Science Department). Accepted manuscripts are, usually after suggested revisions, submitted for publication by Magnus: The Journal of Morris Catholic wherein the editing and typesetting are done by the rising seniors as part of their course on Scientific Communication.

The Advanced Science Academy is intricately linked to the goals and mission of Morris Catholic's Science Department and includes its entire faculty...

Goals and Mission of the Science Department

Science is both the body of human knowledge and the endeavor to discover truth through rational and testable means.  The mission of the Morris Catholic Science Department, and of all liberal arts institutions, is to learn how to learn and communicate. The Department seeks to create well-rounded women and men of character by facilitating student learning of and appreciation for the scientific endeavor, exposing them to the process of science, and helping them learn to think critically using evidence while gaining improved scientific skills and world literacy.

It is imperative that departments within Morris Catholic establish values and goals for what characteristics and skills graduates will have as they move onto higher education.  Science, as a field of study, is extraordinarily complex and includes many individual subjects that at times do not overlap in their goals and best practices. It is the overlap, however, that should stand out as the content of those values and goals that the Department must teach and preach.  As such, we believe that a Morris Catholic science graduate should 1.) be a literate citizen-scientist, capable of reading at least secondary scientific literature critically and parsing out what are supported and supportable conclusions from sometimes outlandish overinterpretation of data; 2.) appreciate the layered nature of science: genetics is based on biology, which is based on chemistry, which is based on physics, which is based on math; 3.) understand and apply the scientific method to gain and organize knowledge in a scientific context and in their everyday lives; 4.) understand and appreciate the difference between and usefulness of hypothesis-driven and discovery-based science, and how each is performed; 5.) read, interpret, and create rudimentary graphs and tables that would be useful in- and outside of the scientific realm; 6.) appreciate the value of teamwork and diversity within a team by contributing as both a supporting member and as a leader.